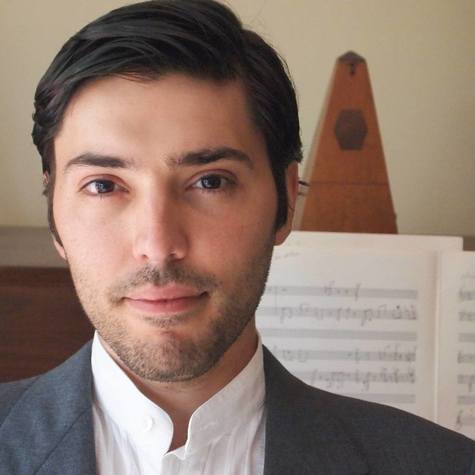 Michael Lanci is a composer and educator currently residing in Brooklyn, New York. His music is viscerally engaging and stylistically diverse, drawing from a wide range of influences. Michael's short comedic chamber opera Admissions, written in collaboration with librettist Kim Davies as part of the American Opera Initiative program with the  Washington National Opera, was premiered in  January 2020 at the Kennedy Center. He was a finalist for the 2018-19, Beth Morrison Projects Next Generation competition that included the commissioning and premiere of his first opera Crude Capital, with libretto by Ajax Phillips. Michael is currently working on a variety of projects exploring different musical mediums.

Michael was recently selected for the Composers & the Voice Fellowship with The American Opera Project  based in NYC. He was awarded the 2017-18, American Prize for his Songs for Joe Hill. His works have been performed at festivals such as the Cortona Sessions,  Edmont Fringe Festival, Orford Festival, Detroit Bureau of Sound, Midwest Composers Symposium and the Vox Novus Festival. He has received commissions from the Cincinnati Symphony Orchestra, Washington National Opera,  Beth Morrison Projects,  The Response Project,  Beyond Pluck, Unhread-of//Ensemble, Klangpar2, and the Vive! Ensemble. His works have been performed by the University of Iowa Symphony Orchestra, Contemporaneous, Present Music,  Hypercube,  Opera Theater Oregon, Great Noise Ensemble, All Of The Above, SINGULARITY, Duo d’Entre Deux, and Decho Ensemble.